Unfortunately England’s dream to make Six Nations history by winning three times in a row has come to an end after their defeat to France!

James Haskell stated to The Telegraph (March, 2018) that the team hasn’t experienced two losses back to back before in one tournament and goes on to explain how important it is for them to keep their heads and confidence at the same time as accepting and understanding that there is work that needs to be done.

In October 2015 after England’s disappointing result in the Rugby World Cup we posted a blog about learning from your mistakes… three years on, we may as a team learnt from our original mistakes at the World Cup however have been faced with new challenges during the current Six Nations tournament.

Eddie Jones has commented on what needs to be done to improve as a team and what problems have arisen this season and has stated “It’s a problem we’ve got to fix… We can address it and keep getting better at it, but the reality is that we probably won’t get better at it until the World Cup.” This gives the England team just over a year to change their strategy and work together to fix their current state. Jones claims that the game of rugby has changed and that the team are not well equipped to handle it.  Booz & Company (2010) explained that change is a people process “people are creatures of habit, hardwired to resist adopting new mind-sets, practices, and behaviours”. This supports Jones’ statement that the current England Rugby players are used to playing a certain way and the team are finding it hard to change their habits.

1. Understanding the need for Change 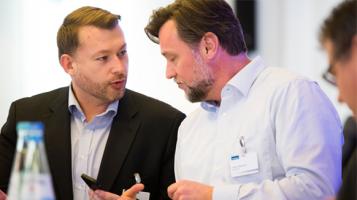 There are many reasons why teams and organisations need to or choose to change things.

It is obvious the need for change in the England Rugby Team and Jones has stated that he will be forced to change strategy and personnel to solve the problems that have arisen. It will be down to Jones and the rest of the England Rugby team to understand the change that will be introduced and the characteristics of the change.

2. Situational Awareness of the Change (Prosci 2018) 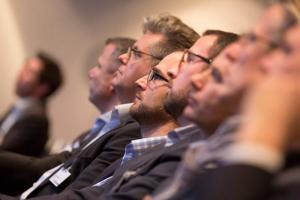 As a manager about to implement change, it is important to be aware of how the change will affect the team, important factors to think about are: How big is the change? Who will it affect? What is being changed? What is the timeframe for the change? And why do we need to be aware of the change? This brings us nicely onto the other three success factors…

Change will affect different levels of the organisation, in England Rugby Team’s example, change will affect everyone from the players, coaching team, sport science team and management team. In each “sub team”, there are experts in their fields who can help contribute to the strategy change. Conley (2014) claims that involving and engaging your team in the planning stage of change creates a sense of ownership in the plan outcome, resulting in a high level of engagement and commitment to the success of the plan.

The England Rugby Team have a very public rational case for change which each member will be committed to due to the emotional attachment. Eddie Jones can explain and make people aware of the changes that need to happen but at the end of the day the players’ emotions is where the momentum for real transformation ultimately lies.

Jonny May reported on the emotional attachment to their recent Six Nations performance… “People support us and we have an opportunity when we wear that shirt to inspire them and it hasn’t been good enough in the last couple of weeks”.

Every goal needs milestones to help monitor and control initiatives that implement the strategy. Milestones and metrics will vary depending on the amount of change happening, who it will affect and if there are any deadlines as a team. As previously mentioned Eddie Jones has explained that the team’s current problems will not be fixed until next year’s Rugby World Cup, however within this milestone there will be lots of smaller milestones to help achieve this goal.

Change can be difficult to any team or organisation, it is important for those implementing change to have a successful change management strategy in place to ensure smooth transitions and to help keep their team motivated. Here at The Teambuilding Company, a lot of our clients come to us to help provide them with fun and bonding activities for their team which can help with the changing process. 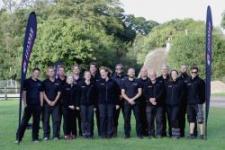 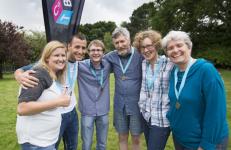 What events can we offer with social distancing?

When Can I Book My Next Event?

Praise for the NHS

Is it time to get outdoors?