Today marks the anniversary of Neil Armstrong’s first steps on the moon, 21st July 1969, five days prior the Apollo 11 was launched by NASA from the Kennedy Space Centre on what would be one of the most historical missions in the recent history of mankind.

Which leads us nicely onto July’s event of the month… Rocket Launch! 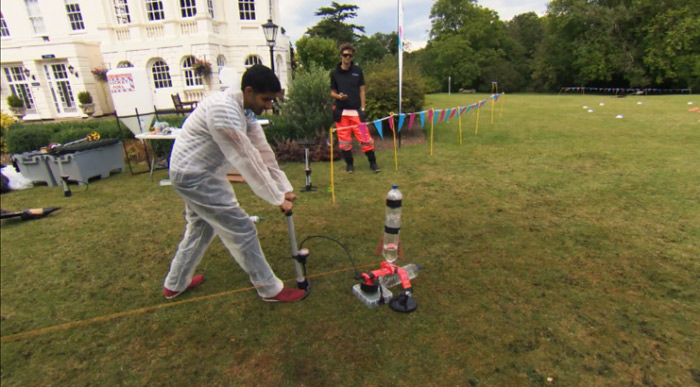 Our Rocket Launch event lets you ‘reach for the stars’, crate a company worthy of competing with NASA… or Tesla… and design/ build your own rockets.

Your group will be split into teams and supplied with the latest in lightweight materials ‘cardboard’ to build your rockets. During this time, each team should not only consider aerodynamics but points are also awarded for the more impressive designs and the most creative branding/ sponsorships.

Once the build phase is complete, teams make their way over to our pre-set launch site to fuel up their rockets and prepare for launch. One by one each team will have three attempts to calculate the best trajectory and amount of ‘fuel’ needed to send their rocket the furthest distance.

Will you ‘fail to launch’ or follow in the footsteps of Neil Armstrong and make a ‘giant leap’ into first place?