Today, 107 years ago the most famous painting in the world ‘The Mona Lisa’, by Leonardo da Vinci was stolen from the Louvre Gallery! It took a team of investigators two years to find her, all the way in Florence.

So how did the greatest art heist occur? 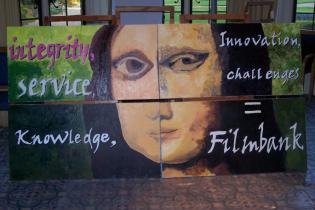 It wasn’t anything spectacular like the Italian Job or Oceans 11. The piece of art was stolen by an Italian criminal, Vincenzo Perugia who had moved to Paris in 1908 and worked at the Louvre Gallery. Perugia hid in the gallery overnight where he removed the Mona Lisa from its frame and waited until the gallery reopened to walk out with the painting under his white smock.

Perugia took the painting to his lodgings in Paris until November 1913 where he wrote to an art dealer in Florence offering to bring the painting to Italy for a reward of 500,000 lire. He then travelled to Florence by train, taking the Mona Lisa in a trunk before presenting the piece of art to Alfredo Geri. Geri persuaded him  to leave the piece of art for expert examination and the police arrested Perugia later that day.

Perugia claimed that he had stolen the Mona Lisa out of “patriotic desire” to return the masterpiece to Italy. He served a minor prison sentence of six months before being released.

The Mona Lisa was returned to the Louvre and has hung there safely ever since.

She now helps attract over 9.7 million visitors to the Paris museum every year. Noah Charney (a professor of art history and author of “The Thefts of the Mona Lisa”) states that if a different piece of Da Vinci’s work had been stolen, then that wold probably be the most famous art work in the world – not the Mona Lisa! 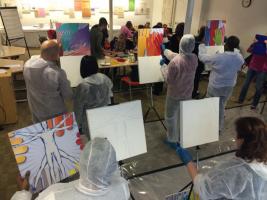 Can you and your team create a Da Vinci masterpiece? Check out our Da Vinci's Designs event to find out more... 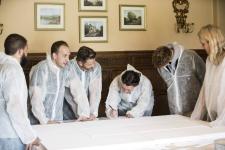 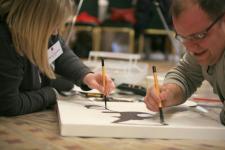 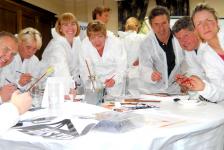