Blog ● The Return Of Sporting Events

As the lockdown measures begin to be eased across the UK, competitive sport can start to resume... but what do we have to look forward to? and when?

The first major sporting event to take place under the new guidelines is the 2000 Guineas Stakes at Newmarket Racecourse on the 6th of June.

Football fans will be pleased to hear that Premier League and English Football League will resume from the 17th of June.

UEFA is considering proposals which would see the Champions League final being played on the 29th August with the Europa League final three days earlier on the 26th August. Euro 2020 has been postponed and is now due to start on June 11th 2021. 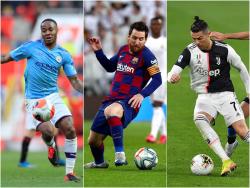 The season is planning to begin in Austria on The 5th July with two races on consecutive weekends before heading to Silverstone in the UK. Once underway, F1 plans to stage further races across Europe before heading to Asia and America. The season hopes to end in the Middle East with races in Bahrain and Abu Dhabi.

The PGA Tour has announced plans for tournament golf to return from the 11th of June, with the first four events of the season's resumption played behind closed doors.The Charles Schwab Challenge at Colonial Country Club in Texas has been confirmed as the first tournament back, scheduled to take place from June 11th to the 14th.

Three of the year's four majors have been rescheduled with the PGA Championship moved to 6th - 9th of August, the US Open set for 17th - 20th September and The Masters scheduled for November 12th to the 15th.

The ATP and WTA tours are suspended until July 31st.Wimbledon has been cancelled and the French Open has been moved from May to September. The US Open is due to take place in New York from August 31st to September 14th with a decision on the event scheduled to be taken in June.

- The 2020 Tokyo Olympic Games have been rescheduled to start on the 23rd July 2021, while the Paralympic Games will now begin on August the 24th.

- The 2021 World Athletics Championships have been rescheduled to begin on the 14th July 2022, narrowly avoiding a clash with the Commonwealth Games which will start on the     27th July 2022.

- This year's London Marathon has been moved to the 4th of October.

- The Tour de France has been pushed back to August the 29th as part of a revamped cycling schedule.

- The World Snooker Championship has been rescheduled to run from July 31st to August 16th at the Crucible Theatre in Sheffield.

It may not be, as yet, returning to sport as we know it, there will be rigorous testing of players and anyone entering the sporting venues, social distancing will need to be maintained where possible, there may be one way systems for people and vehicles implemented and catering services will be limited but it is definitely a huge step in the right direction to returning to life as we knew it.

It is definitely very positive news for us all at The Teambuilding Company and we hope to be back delivering our events and activities to all of our amazing clients very soon!!

Until then...stay safe and enjoy the sport!!

What events can we offer with social distancing?

When Can I Book My Next Event?

Praise for the NHS

Is it time to get outdoors?