About Us ● Meet The Teambuilding Team

We’re a fun bunch here at The Team Building Company. We strongly believe in the old adage of work hard, play hard! 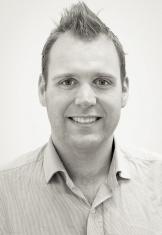 James joined TBCo in 2010 and has progressed to become the Sales Manager. With a wealth of event knowledge there won’t be a venue in the country he doesn’t know, having sampled a G&T at nearly all of them!

James joined the sales team after two years ‘in the field’, running our events all over the country giving him excellent first hand experience. His larger than life personality means that the office is always full of laughter and cookery advice…

James is a keen sportsman (Proud founder of the TBCo running club) and enjoys a spot of fishing. He has yet to land ‘The Catch of the Season’… 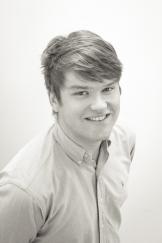 Matt joined us in 2015 having graduated from Kingston University where he studied History. Whilst a student Matt worked as field staff on our events gaining significant first hand experience of both our events and many of the venues we work with across the country.

More often than not wearing a Saints shirt in the office, Matt’s always keen to discuss “last night’s game”.

Outside of work, Matt loves going to watch his team play and, not just the spectator, enjoys a game of 5 aside football when he can (We just don’t let him go in goal!)

You may recognise John from "the field”… John is the latest addition to our sales team after four years working out on our events as an Event Manager. John has seen it all, when it comes to our events, from small indoor icebreakers to huge outdoor summer events!

Out of the office, you will find John playing guitar in his band often performing live in a New Forest pub! A keen singer song writer, John has over 20 years of live performance experience so isn’t one to shy away from a large group! 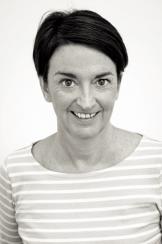 Likes: Wales, Dining out, Cheeky mid-week glass of wine (or 2!)

Sally is our Senior Project Manager, a tour de force - she oversees everything in the office. Her knowledge and attention to detail means that all events are executed perfectly. Having joined in 2007 there’s very little in the events world she does not know.

When in Sally’s care, you’ll be filled with complete confidence and she is always on hand to answer any questions you have regarding your event.

Sally loves to travel and will chase the sun throughout the year! She’s known to enjoy an occasional wild night-out but likes nothing more than relaxing with a glass of wine and a good book.

Likes: Baking, Family time, A night out with the girls

Bekki joined TBCo at the start of 2017 as a Project Manager. Working alongside Sally she makes sure everything is coordinated between our venues, clients and staff before an event. Bekki is used to juggling lots of tasks as she also has a young family!

Out of the office Bekki is busy being a mum but still manages an active social life. She even finds time to bring some delicious homemade bakes into work, James is quick to offer “advice” while eating most of the tin…

Having moved to the UK from New Zealand in 2012, Bruce initially started with us as an Event Manager. In February 2014 we brought him on board as Operations Manager and he hasn't looked back!

As well as staffing and operations, Bruce writes all our legendary Treasure Hunts – he’s even featured on BBC Radio 2 to discuss the little known art of treasure hunt writing!  Used to warmer climes, in the summer months, he has been known to venture back into the field as an Event Manager.

As a passionate Kiwi, Bruce loves watching rugby. An eager hockey player, Bruce plays in the Hampshire league and is a qualified coach. 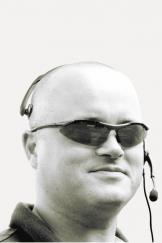 When it comes to event management, Rob has overseen almost every event you can imagine. Rob is also responsible for the maintenance of our equipment and vehicle fleet. He organises the load lists for our events and his military precision means everything is efficient and bang on time.

A member of the team since 2007, he loves his work and always shows tremendous enthusiasm. The warehouse is widely complimented for being kept completely immaculate.

Outside of work, Rob is a passionate cook and virtually everything eaten in his household is home cooked or grown from the butter upwards. 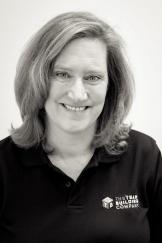 Lotte is one of our most versatile event managers, with a Masters in Japanese from a Dutch university! Having previously worked as a VAT consultant for Deloitte, Lotte has a wide and impressive skill set – not to mention fluent in several languages.

As an event manager Lotte really can do it all and is also our head Chocolatier, a master of all things chocolaty… it’s a tough job sometimes, especially having to try all of our clients freshly made chocolates!

Outside of work Lotte is a keen actress, performing in local plays and shows, which also makes her the perfect host for any of our Parmesan Job events!

Kirsty has been working as an event manager with us for several years now and is well versed with all of our events.

In her free time Kirsty is a keen archer as well as being a GB qualified instructor, making her a fantastic asset to any Country Sports event!

Besides honing her archery skills, Kirsty enjoys taking part in a range of outdoor activities outside of work... or just having a lazy day watching movies... everyone needs a rest day! 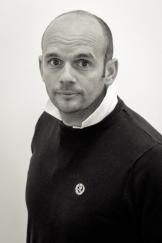 Stuart is one of our two directors. He oversees all operational tasks and can turn his hand to pretty much anything.

His ability to get things done constantly impresses us, if there’s a problem, Stuart will sort it. This has led to any impossible feat being overcome to be known as “Doing a Stuart!” Stuart and our other director, Richard, joined forces in 2001.

As a Yachtmaster, you will often find Stuart out on the water on one of our Ribs. When not on the water, he will probably be in it, diving for Scallops in a secret location that only he, and a handful of others, know about! 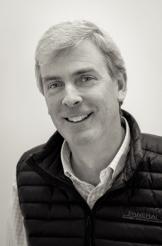 Richard is our other director and accountant. Richard's speciality lies with the overall management of the company. He has an impeccable attention to detail that can often veer into OCD (as he will often admit) but this results in a tightly run ship from the top down.

Not many people genuinely get excited by spreadsheets but Richard does! Having previously worked in large multinationals, he got out of the rat race to start a small business – since then everything has rather snowballed…

When not in the office, Richard enjoys nothing more than spending time on the water, racing with friends or driving Ribs.